Author's note This is the first place my mind went on seeing the season finale. I am not ashamed of it.

Author's note 2 There's now a companion piece to this with a demon!Dean who's a lot more demonic, and a Sam (the soulless version) who's definitely his match. Here!

So, way, way back in 2009, I wrote a fic called All in the Game, Yo which is still one of my personal favourites of all the stuff I've written. It was set in the world of The Wire, which is one of my most favourite things in the world. And then, the most amazing

glovered podficced it most awesomely here and she did a fantastic job. Seriously, don't read the fic, go listen!!

Anyway, in honour of that, I dusted off a very old timestamp I had hanging around for this universe and decided to post it and dedicate to the lovely

Fic title: World's Forgotten Boys (link goes to masterpost)
Chapter: 28b/28
Pairing: Sam/Dean, Sam/Dean/Ross
Rating: R for violence and language
Word Count: 8597
Summary: Ross Winchester knows three things to be true: his father, John, is a hero; he’s going to be the best hunter in the goddamn world; and his two older brothers are in love with each other. An AU-version of seasons one and two where the Winchester Brothers mean Dean and Sam and Ross, where John is still missing, where Mary and Jess are still dead, and where Dean and Sam are still obsessed with each other.

violateraindrop This is dedicated to my dear friend,

Summary: Based on the prompt "snowed in". There's an epic snowstorm in Kansas. Sam and Dean are stuck in the bunker, doing the gardening and cooking, arguing about climate change, having average sex, and (sort-of) talking about their relationship. Domestic Winchester future-fic, set about eight years post season eight. (No spoilers for season nine)

spn_j2_xmas, and based on her prompt "snowed in". As you can see, I was very creative with the title! I tried to incorporate a few of your likes into this, curtain!fic and future non-AU fic, sort of incest!kink, some small degree of schmoop and boys being boys.

Thanks to my lovely beta

bertee for arranging this whole thing ;-)

Summary: The Smith-Wessons go away for a ghost-hunting mini-break to celebrate their anniversary. Just a slice of life, domestic Smith/Wesson thing where they salt and burn the ghost, have brunch and Dean gets tied to the bed.

Author's note: Thanks to my beta

dear_tiger for your quick once-over <3

Summary: England, 1978: a time of strikes, class warfare, power shortages and institutional homophobia. At an elite boarding school, scholarship student, Jensen Ackles, grocer's son and fly-half for the school's Rugby First XV, falls in love with fellow boarder, Jared Padalecki, stockbroker's son and aspiring artist. But the path of love never runs smooth, especially for two boys in 1970’s England with the world, and society, against them. 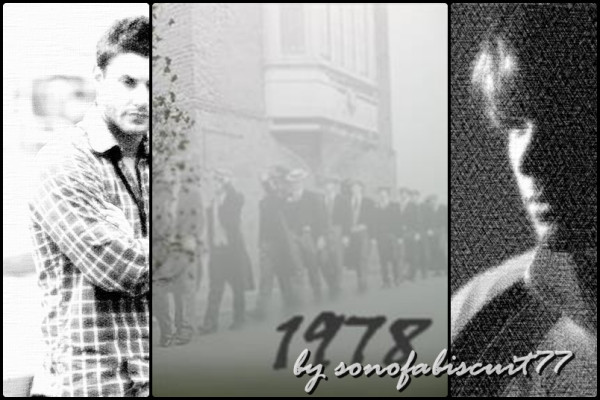 Author's note: Thanks as always to my fabulous and talented beta,

dear_tiger and thanks also to my lovely artist,

banbury and please go check out her atmospheric and beautiful artwork.

Just as a quick note for non-Brit folk, I'm sure a lot of you know this already, but the Lower Sixth covers ages 16-17, and Upper Sixth ages 17-18 and they study A-levels over these two years prior to attending university, (or at least they did during the time period relevant to this fic). Generally, Sixth Formers study between 2-4 A levels.