Notes: This is kind of a timestamp prequel to my J2 fic, The Long Seduction, though, more accurately, this is pure self-indulgence, written for my own perverted pleasure. You totally don't need to have read The Long Seduction to read this.

Title: Modern Love
Word Count: 36,155
Rating: NC-17
Pairings: Jared/Jensen; past Jensen/Jeff Morgan; one-sided Jared/Mark Pellegrino
Warnings: established relationship, age difference between Jared and Jensen is 8 years, one character is suffering from erectile dysfunction, past minor character deaths caused by serious hate crime, kid with a speaking part
Summary: In 2005, art intern, Jared Padalecki, fell in love with his boss, ambitious and promiscuous Jensen Ackles. Five years later, reeling from a tragedy that killed three of their friends, they left Texas to build a new life in New York. It’s now 2012, and Jared’s no longer the idealistic intern, he’s got everything he thought he wanted, except nothing seems to be going right: Jensen's business is faltering, their sex life is non-existent and the past won't leave them alone. Still, Jared’s got no intention of giving up on Jensen; he just hopes Jensen feels the same way. 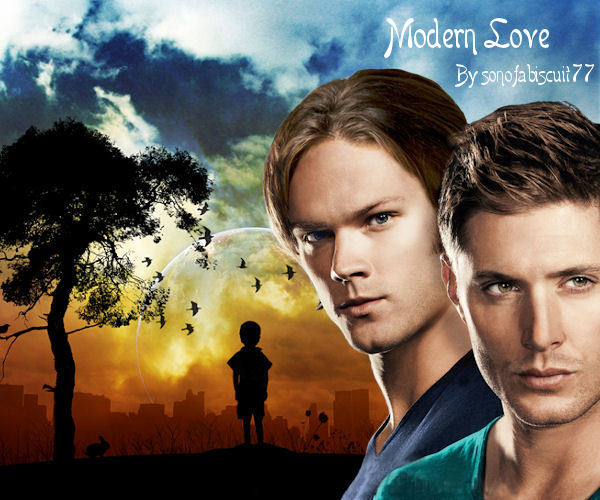 Author's Note: Written for the

rpf_big_bang I want to say tons and heaps of thanks to my lovely and talented beta,

dear_tiger who helped me so much with this and who is such an awesome writer and editor and person! I cut out another 2000 or so words after she was done, taking on board all her advice, so any mistakes left are all my fault. Also, tons of thanks and appreciation go to my lovely artist

nanoks who produced some great pieces to go with this. I've inserted a lot of her art into the text, but go to her art post to check out what I couldn't squeeze in - it's well worth it!

Author's Note 2: I should mention that in terms of characters, there's a real mish-mash of RPF folks and OC's in this. Adrianne Palicki, Chad Michael Murray, Mark Pellegrino and Jeff Morgan are all based on real people (obviously!) but Jensen's dead BFF, Stefan, is an invention of my own. Also, I've deliberately not used any real J2 family members but given them totally new families.
Collapse